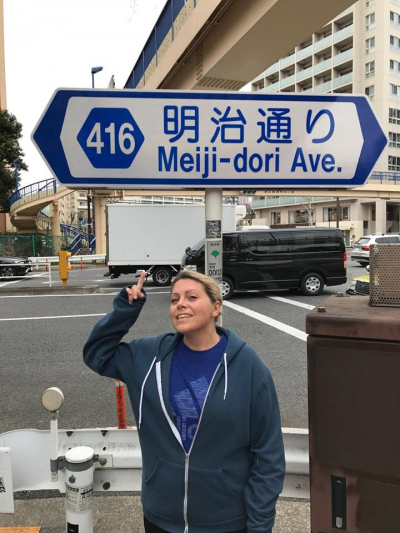 Going into the last week I wanted to work on my timings to try and get as close to 5k as possible otherwise I will feel like I’ve failed this experiment. I know it says to get you running steadily for 30 minutes but come on, its called the couch to 5k!

Encouraged by the fact I ran three x 28 minutes last week and didn’t have any hang-ups as per the previous runs, I was keen to get a 30 minute run under the belt. I am away next week in Japan and I know I won't get much of a chance to run so I went out around 6pm which is the earliest evening run I have done in Singapore.

Holy hell it was hot! when I met up with my husband at the end of the run, I thought I would be calling the emergency services for him. Bright red and breathless, his main complaint was being unable to cool down. I also overheated but, seeing my husband suffering, made me instantly feel much better - I am a bad person.

After this run I am questioning why this has felt like the easiest long run so far. I have the same pain barrier to get through at seven minutes, I have the same self-doubt in the first ten minutes that I won't be able to do it and will have to stop, but my ending (the last have minutes) have been easy.

I enjoyed running in Sydney so much that on our last day in Japan, we got up and went running around the Shibuya district in Tokyo. The area mapped was 10k but the plan was to do a fun run and not concentrate on times and distance and the program. We would follow on Strava out of interest but there were no targets. 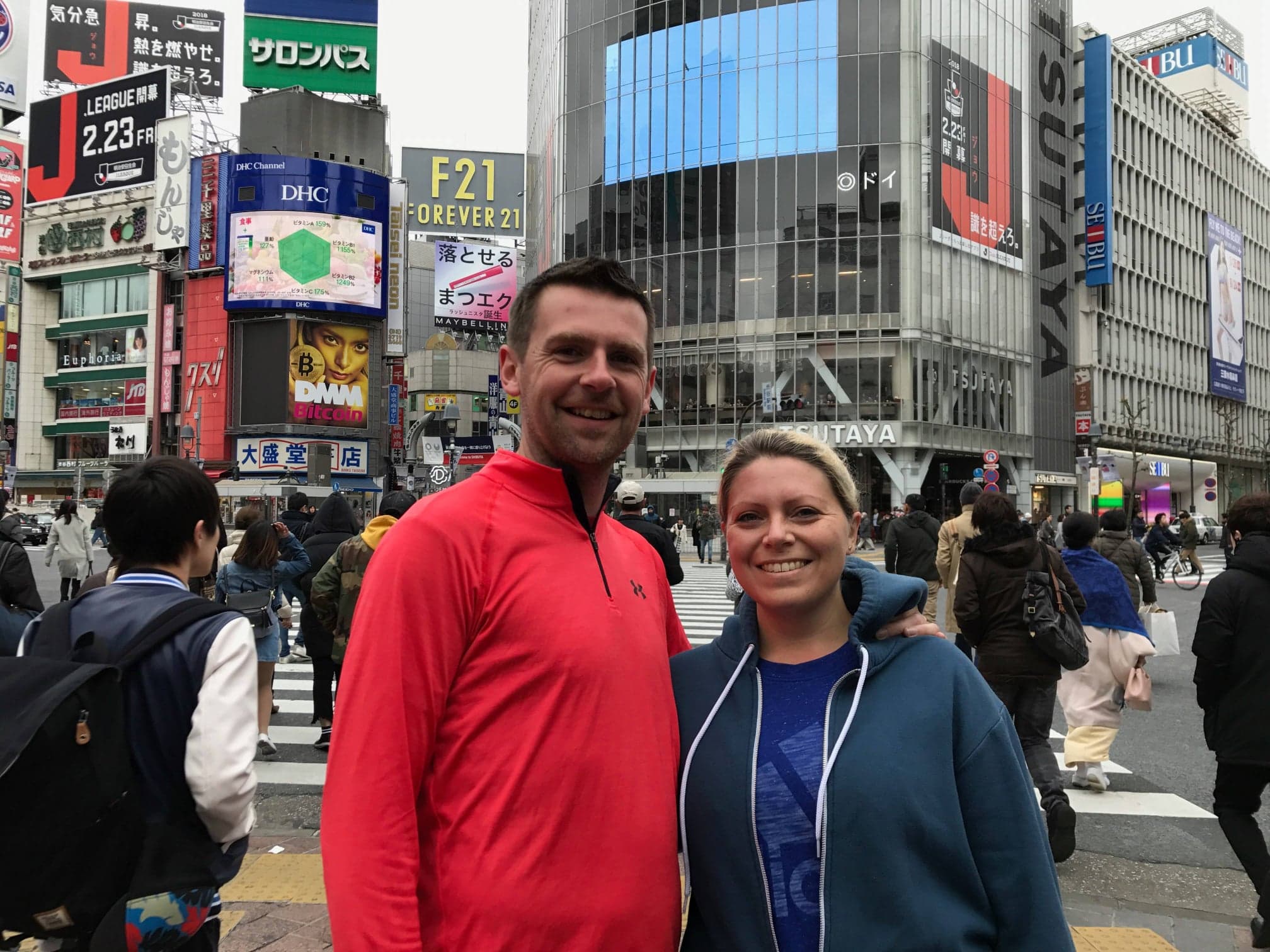 It was freezing cold but beautiful and sunny as we set off. It was my first time running in a hoodie and I even had to put the hood up as I got terrible ear ache from the cold and occasional wind. 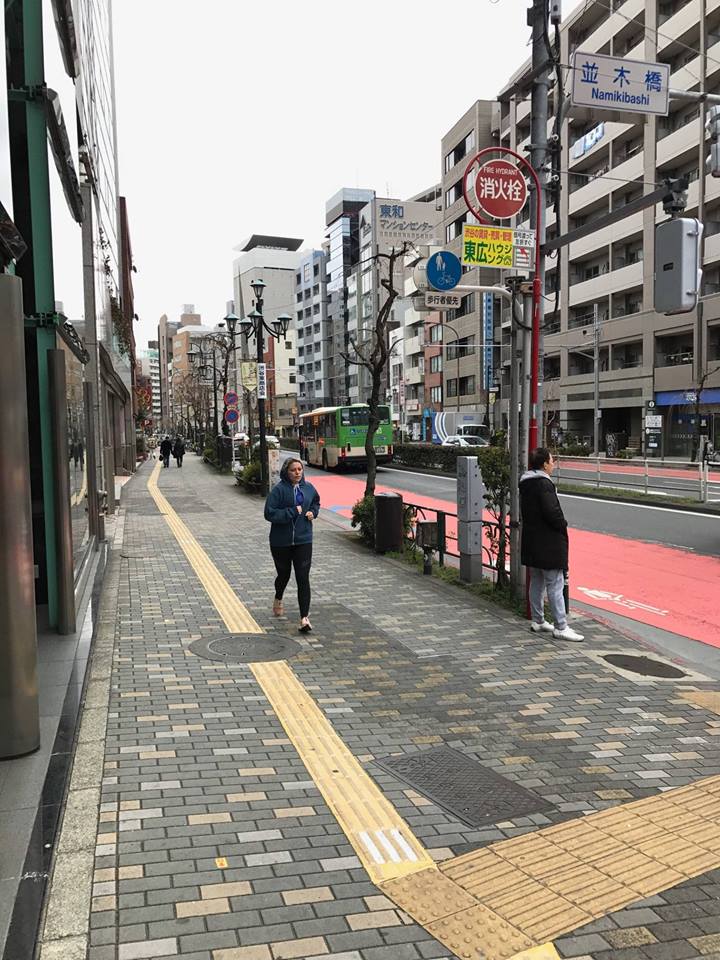 We had to stop to cross a pedestrian bridge and then stop at a couple of traffic lights but even with this, I ran 5k in 32 minutes. I am now gutted I didn’t record it.

I think the temperature made a huge difference. I was tired by the end of it but suddenly, the 5k in 30 minutes was achievable its was a huge chunk off my last run in Singapore of 4k in 30 minutes. I recovered quickly and felt I could have run on more. My lungs burned from the cold causing me to cough, but it made me feel alive. I loved having a different and interesting route and this might be the key to my future success. I also had no aches and pains (apart from the ear which really doesn’t count). 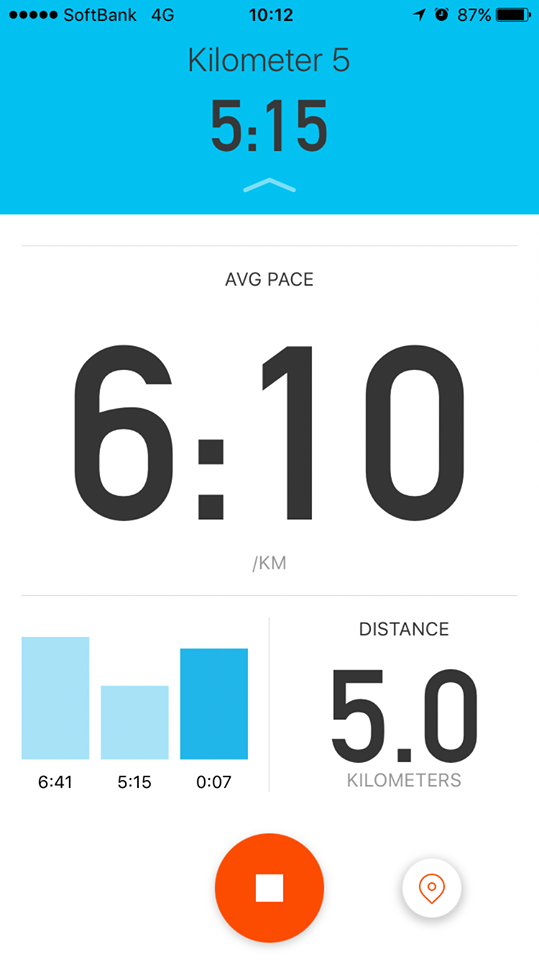 At the 5k mark we reached the famous Shibuya crossing so we stopped for a sneaky coffee to people watch which meant we had to catch a bus back in order to catch the flight home.

I failed and gave up after seven minutes. My breathing was fine and my energy was fine but my calves were so tight I was in agony. I’m guessing this was down to not stretching after the last run due to time constraints and catching a flight home. I felt pretty down about it but my husband has assured me there are days the body just says no. We will see!

I decided to get a change of scenery so I did a road running route. This kept me motivated to complete the 30 minutes but I was very slow and struggled with the heat. Overall it was a pretty uneventful run. I enjoyed doing a different route but I prefer being away from the roads!

Stick a fork in me I am done!

I did it, I ran my usual route around the botanic gardens and in 30 minutes I managed 4.65k. My best result in Singapore! It was a good run but I think I was spurred on by the knowledge that if I could last the full 30 minutes, I technically never had to do this again. The sense of achievement is great. Running for long periods of time was something I never thought I would be able to do. However, I have to as I have been signed up for the Star Wars run soon which is 5.4k.

As the title suggests, my name is Megan, and I am a walker. And I’m actually fine with this.

I did achieve my goal of running 30 minutes non stop and running 5K without stopping but I didn’t fall in love with the sport. I am not going to stop running but I am not going to stress if I’m on a run and I want to stop or I need to take a break in the middle or I don’t want to run at all. I will, however, now always try and run in a new city when travelling as this really does allow you to see your surroundings that you might otherwise not see.

During this training journey I would go out on morning hikes on a rest day with my husband to improve my fitness and we would walk 10k or 12k before the day got too hot and I loved it. This exercise has opened me up to getting out the house whether it be running or walking. I get to see parts of the island I have not seen before and I get quality time with my husband away from technology.

Even though I work on the event, I will confess, I automatically thought of the Surrey Hills Challenge as a running challenge, but this training has opened my eyes to how unique the event is. Set in the stunning Surrey Hills, the scenic routes available open this event up to everyone whether you are a walker, runner, a couple, a family or an individual. If I wasn't working I'd be signing up!