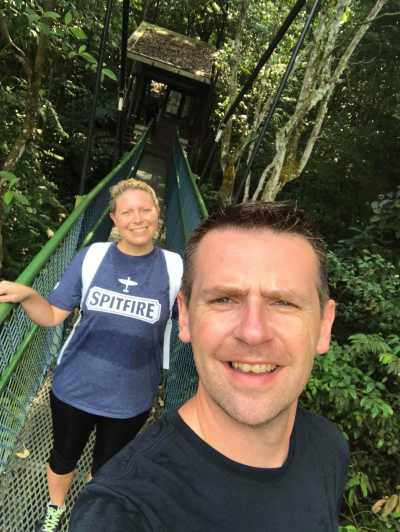 Have a meltdown over incorrect running shoes, check.

Make every excuse under the sun as to why I cannot and will not be able to complete this, check.

With my knee still playing up I was very hesitant to start this week. In fact, if it hadn't been for my husband's encouragement, I probably would have made enough excuses not to continue this week. I did give myself an extra day to rest my leg and this made a huge difference - no twinging at all. I also made a real effort to think about my running and I experimented with my stride.

I'm back on the podcasts, I have been listening to them in case there was helpful advice. I'm at the stage now where I find the countdown helpful and not distracting. I still don’t like the music but, they have been picked for their timing.

I found the recovery between rounds very easy - much easier than last week.

I did spend my last five mins thinking and freaking out about run three where they claim I SHOULD BE ABLE TO RUN 20 MINUTES WITHOUT STOPPING - YEAH RIGHT!

Right now I'm thinking no chance but this app has continuously proved me wrong so far (first time in my life I haven’t minded being proved wrong) so I’m going to go with it (with a little moaning along the way).

I allowed a two day rest period as we went on a 10k hike around McRitchie Resivoir during my rest day. Its a rewarding walk in the Singaporean jungle but there are so many steps my calves were burning by the end it's a real endurance test.

I misread the web page for this run and I wasn’t really listening to the intro as I was talking to the husband so I was completely unprepared for the run today. I had it In my head that I was running eight min, five min, eight min assuming breaks in-between so I was worried halfway through my second eight-minute run that I wouldn’t have enough fuel in the tank and then disappointed at the end that I didn’t push myself.

This felt easy compared to the last run. The first eight mins seemed like nothing at all, the second was tiring but I would have mentally approached it differently had I known that it was only two runs. Overall my breathing was no problem at all, I was not even out of breath which I was very happy about. My calves, however, are still the main problem area. They just feel tight and my legs lacked energy. My new trainers made a massive difference, its probably psychological but I felt less effort was required moving forward, there were no aches and pains while running.

Today was very humid and so very sweaty but I was super happy that it didn’t affect the breathing, especially as I was breathing hard in the five min warm up.

The weather Gods have really been looking after me. It was raining all day yet this didn't put me off (it did make me hesitate to wear my new trainers). Rain equals cooler air here and today felt the coolest in a while (I was surprised by the weather report as it didn’t feel humid at all). As a glasses wearer, I took the precaution of wearing a hat with a peak to protect the lenses but the rain slowed to a gentle mist at the start of the run. 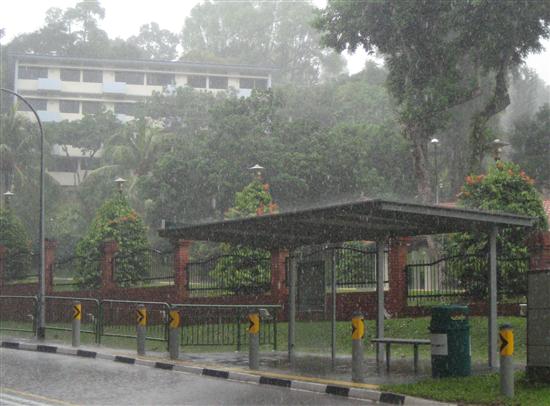 This has been my biggest mental challenge to date and if anything was going to stop me, it was the humidity. I had contemplated running on the treadmill but I didn’t think swapping from road to machine would help. It would just be an excuse to stop if I found it challenging. I'm not ashamed to say, when she said the 20 mins was up, I had a little tear in my eye from an emotional bubble that rose up, I was so happy that I had run without stopping for a full 20 mins.

The actual run itself was broken down into different emotions and struggles. The first five minutes was still the hardest, the second quarter the easiest, I got into the stride and wasn’t tired out. Halfway, at the ten-minute mark, I started to get a sensation of a stitch but it was not bad, I concentrated on my breathing and it didn’t become a problem.

The third quarter was probably the second hardest as my muscles were starting to tire. Interestingly, the last quarter wasn’t the toughest as it was a case of ‘right, you have done this three times now and you are not giving up’. The app gives you a two-minute countdown and this was a good prompt that I was so close to the end. I wanted to avoid hills at all costs so, much to my husbands' amusement, we found ourselves running further into the depths of the park so I could keep to a flat route…

My calves were once again the main issue, slight ankle tightness in my problem leg walking, but nothing concerning.

Running aside, it was a tough week, I was listless, unfocused and verging on the D-word that I don’t use lightly. This made wanting to run for fun that much harder but once I started, it felt much easier than week four where I hated and resented every single step despite it being less humid and beautiful scenery.

I'm ashamed to say part of my motivation for this week was the knowledge my other sister, who started Couch to 5k months ago in preparation for her wedding, gave up after week four because her legs hurt. I don’t think this will come as a surprise to those following mine and Nancy's blogs as its pretty clear we are a 'little' competitive.

My secret to success this week has been yoga breathing. I started yoga two years ago and got hooked when I saw very quick progression (I'm easily swayed) but I always struggled with breathing. It is an anxiety thing but when you start proper classes and you learn that breathing is yoga, it starts to make sense. My natural rhythm during Hatha and Vinyasa Yoga (which is slightly more strenuous) is a count of four, breathe in for four, breathe out for four. I put this into practice for the first time and it transformed my run. 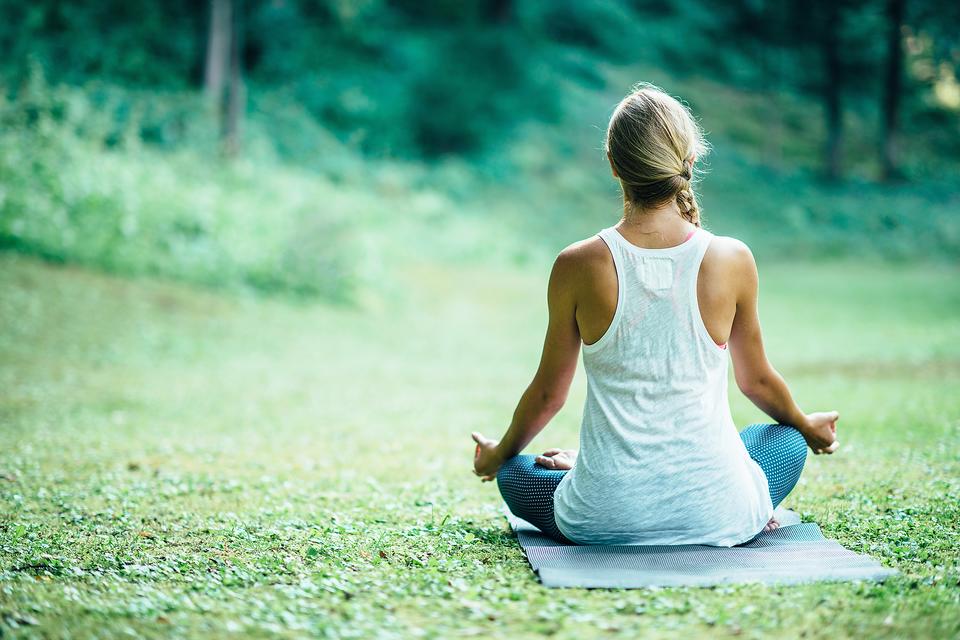 It could be that my body is actually getting fitter but as my struggle is 90% mental, the breathing clicked for me this week which is why I didn’t need the three-minute recovery to catch my breath in run one.