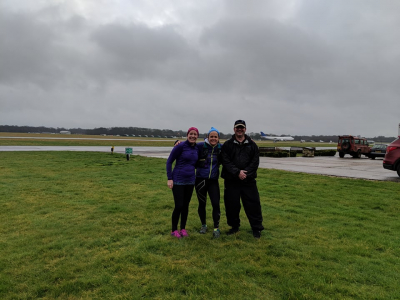 So, the conclusion after an awesome coaching session with Jude Palmer from Run Surrey Hills on Monday was that JR and I are both definitely closer to running a full 5k than either of us would have predicted. It was good to hear as both of us were struggling with whether we were actually making progress or not.

Wow, what a revelation the session was. I think I might actually fall in love with running (no, I can’t believe I’m typing those words either). Jude was brilliant, JR and I were knackered, out of breath and on a high after our session. For the first time, I felt like I’d had a proper workout and JR was not holding back because of fears over hurting his back.

Jude’s enthusiasm and positivity were infectious and as soon as she came into the office she zoned in on our concerns and tackled them. The biggest of which being JR’s bad back. She immediately gave him three exercises to complete to strengthen his core and, ultimately, his back.

Think gorilla. I know, sounds mad but it actually works, and not just for the core strength exercises. It was definitely a theme throughout the hour and a half coaching. That and thrusting out your badge of honour (or chest!).

In a nutshell, JR needs to hip hinge, squat and lunge daily. For all three you go into a gorilla pose, slightly bent legs, chest thrust out and arms hanging loose with relaxed shoulders. For the hip hinge, it really is as simple as it sounds. Straight leg, bend over and back-up. For the squat, loose arms, shoulders back, knees over feet, head straight and eyes forward looking at the horizon. Then lunges, the difference with these is that the front leg barely moves, the work is on the back leg.

After getting hot and sweaty in the office doing these moves, we then headed out to the track for a proper warm-up. Jude has very kindly listed what we did here:

WARM UP: either mark out about 20 metres and go back and forth or include in the start of your run: 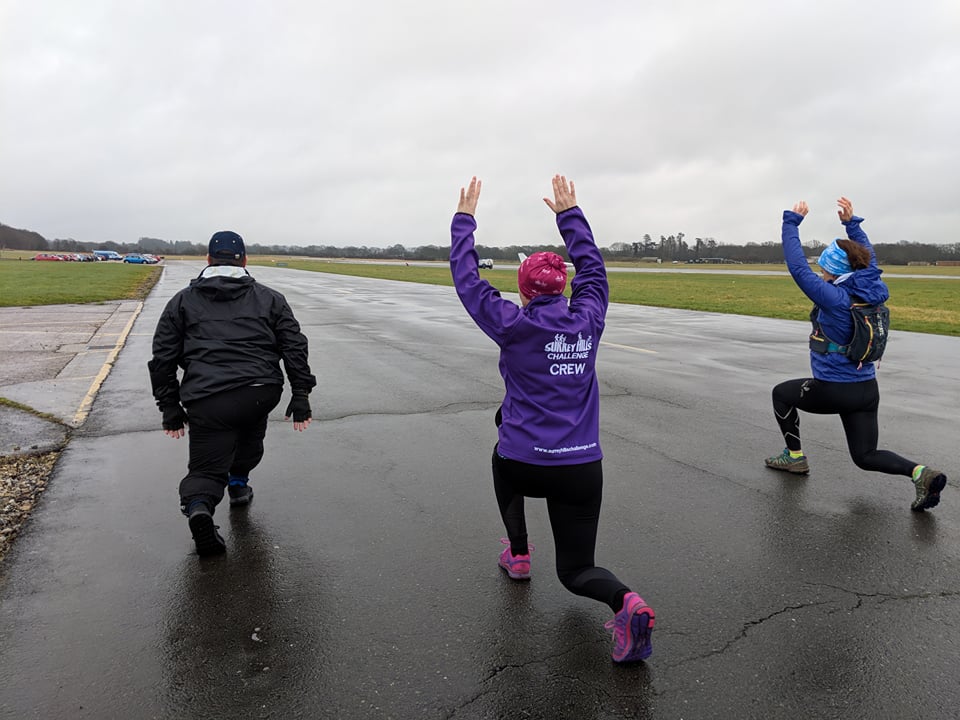 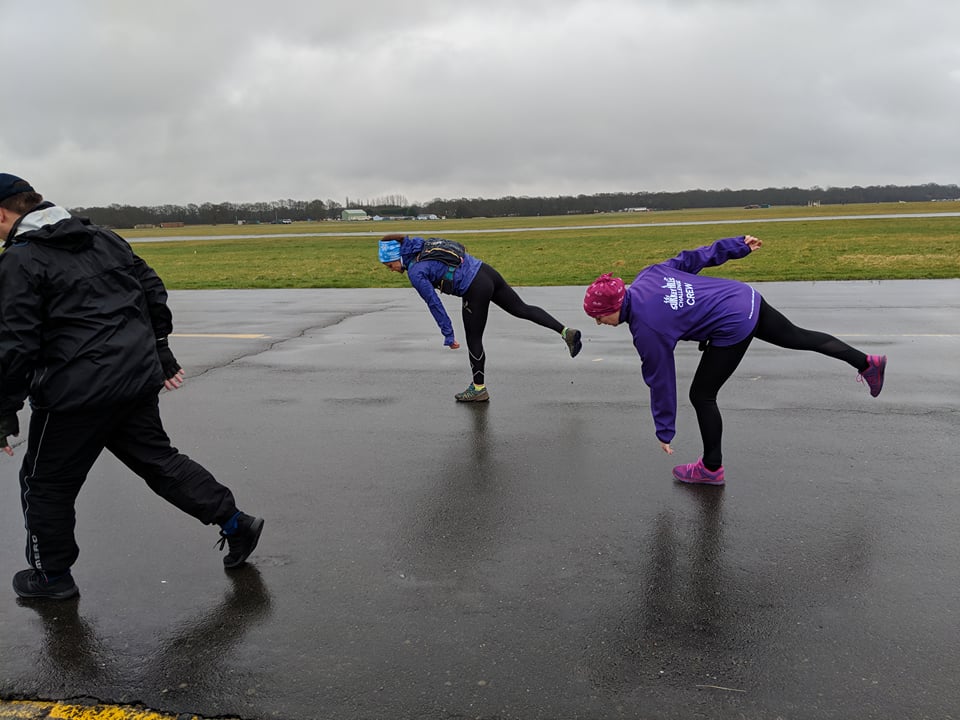 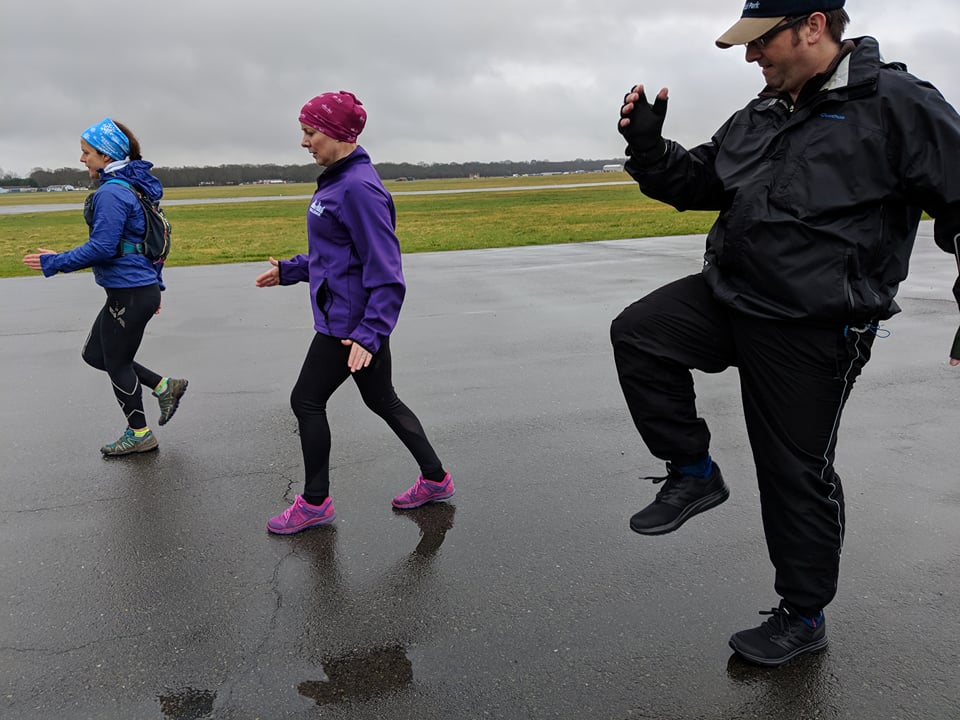 Jude’s advice is to always do a warm up. It gets you ready for running, makes you aware of any niggles and helps you build strength in those all-important running muscles (glutes, hip flexors, quads, hamstrings).

I never take it easy so was I was out of breath and my heart rate was definitely up after doing the warm-up. At this point, my head was telling me I’d never survive a run, particularly as I have only just recovered from flu.

I not only survived but loved it. It turns out that I’m a shuffling, Phoebe (Friends) runner. JR is a complete natural. His running style is effortless and I’m the total opposite. I swing my arms across my body, clench my fists and tense my shoulders, all of which takes a lot of energy and explains why my neck and shoulders ache after a run. Having Jude help my technique was invaluable. She got me to relax my hands and shoulders and image two gutter pipes either side of my body that my arms had to stay within. Suddenly my posture was better and my arms were helping, rather than hindering my running.

Another tip is to run tall. Imagine that a helium balloon is pulling you up from your head all the way through your body.

I also needed to lift my knees higher. I was shuffling, thinking that the lower my legs were the less energy I would use but actually it was the opposite. By lifting my knees higher, I went further and faster with the same effort. Wow, wow, wow. It transformed my running experience. 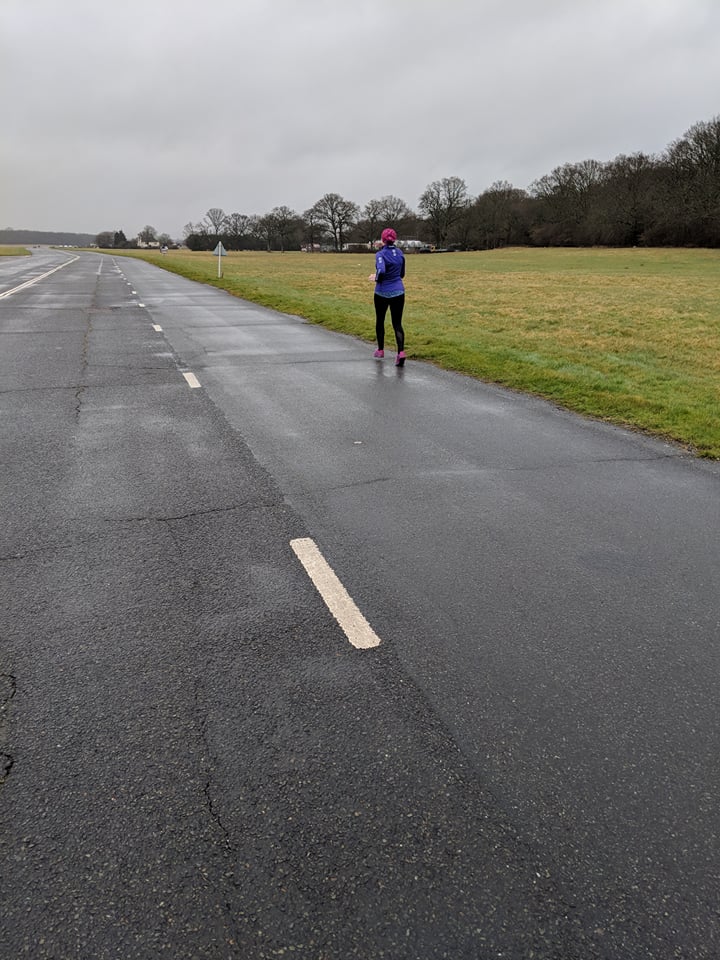 As I’d expected, I need to run faster than JR. Jude made me do the talk test! Basically, it means running at a pace where you can talk but not constantly. You should be interrupting the chatter by needing to gasp for breath. It should feel fairly comfortable with a dash of uncomfortable, 8 out of 10 effort. I ended up running backwards and forwards so JR and I were training together but I covered more ground.

We didn’t run solidly for that time, we had four short walking sessions. Jude also made me sprint, just as I was thinking I wasn’t sure I could run all the way back to the office as well. JR and I also had a little sprint together.

OK, in my head it was a race and I arrogantly thought I’d be faster than JR. Hell no! He was a bloody rocket. So fast I was a good metre behind him. It was a great way to end the session.

Jude is an advocate of variety, it is the spice of life. She suggests mixing up your routine by chucking in some sprints, run some hills, change direction and go explore.

We did cool down which consisted of us walking the last 5 mins of our run session. It gets the blood back to the core. We then finished by doing stretches paying attention to glutes, quads, hamstrings and calves. Also hydrate, for a 5k you don’t need to take water with you but it’s important to get some in you when you return.

It was a tough session and Jude advised us to stretch again that night as we would feel it in the morning. She was right I did, stairs and sitting on the toilet were not fun but I was still buzzing.

JR and I loved it so much we’re going to have another session with Jude. This time Meg will be over from Singapore and will join us along with some of our colleagues who have been inspired by our enthusiasm.

Having been off ill with flu for two weeks I’d definitely become a little despondent with the Couch to 5k. It’s fair to say the app is great for getting you started and out there but for me there is not enough teaching of technique or measuring progress. I can clearly do a 5k but I didn’t find that out with the app. If I’d continued running as I was I don’t think I’d have kept on running after the nine weeks ended. I’m tempted to see if there are other, better apps out there.

For now though Jude has ignited my enthusiasm for running. 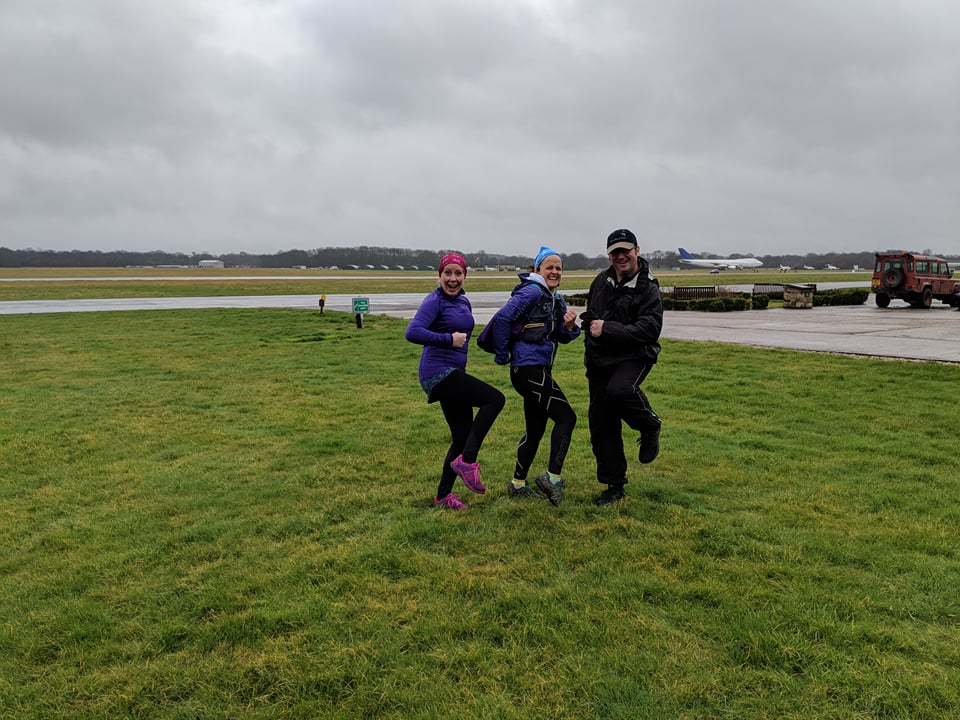 To find out more about Jude you can visit the following: