Nancy – To splurge or not to splurge on running kit? 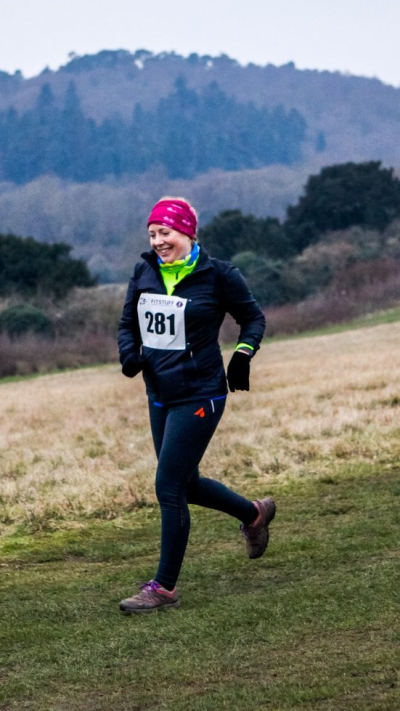 I’ve never spent loads of money on any kind of sports kit - for the gym, exercise classes or running. The most I’ve probably spent is on agility and that’s because it’s branded clubwear.

I’ve never seen the point in buying big brands and I sweat, a LOT, so my kit ends up being chucked fairly regularly because they stink or stain. My dogs also jump at me and it gets muddy, ripped or chewed. I also REALLY love Jimmy Choo shoes so, if I’m going to spend a lot of money on something, running kit is bottom of the list. Or it was…

When our partners, Aussie Grit Apparel, joined the Surrey Hills Challenge last year they offered us kit to train in and wear over the event weekend. Not one to look a gift horse in the mouth I popped onto their website sharpish and picked a large, royal blue top in the flint womens performance range and a medium pair of full length flint womens running tights in medium. I’m normally a size 12 (Matalan/M&S/Dorothy Perkins for comparison) and I prefer a loose fit top.

I LOVE them. And I have properly put them through every test you can think of. Hot, cold, snow, mud, rain, gale force winds, sweat and dogs. Ten months after getting them they still look new. And I really haven’t looked after them, I’ve even ignored the washing instructions and put them on a hot wash and tumble dried them. 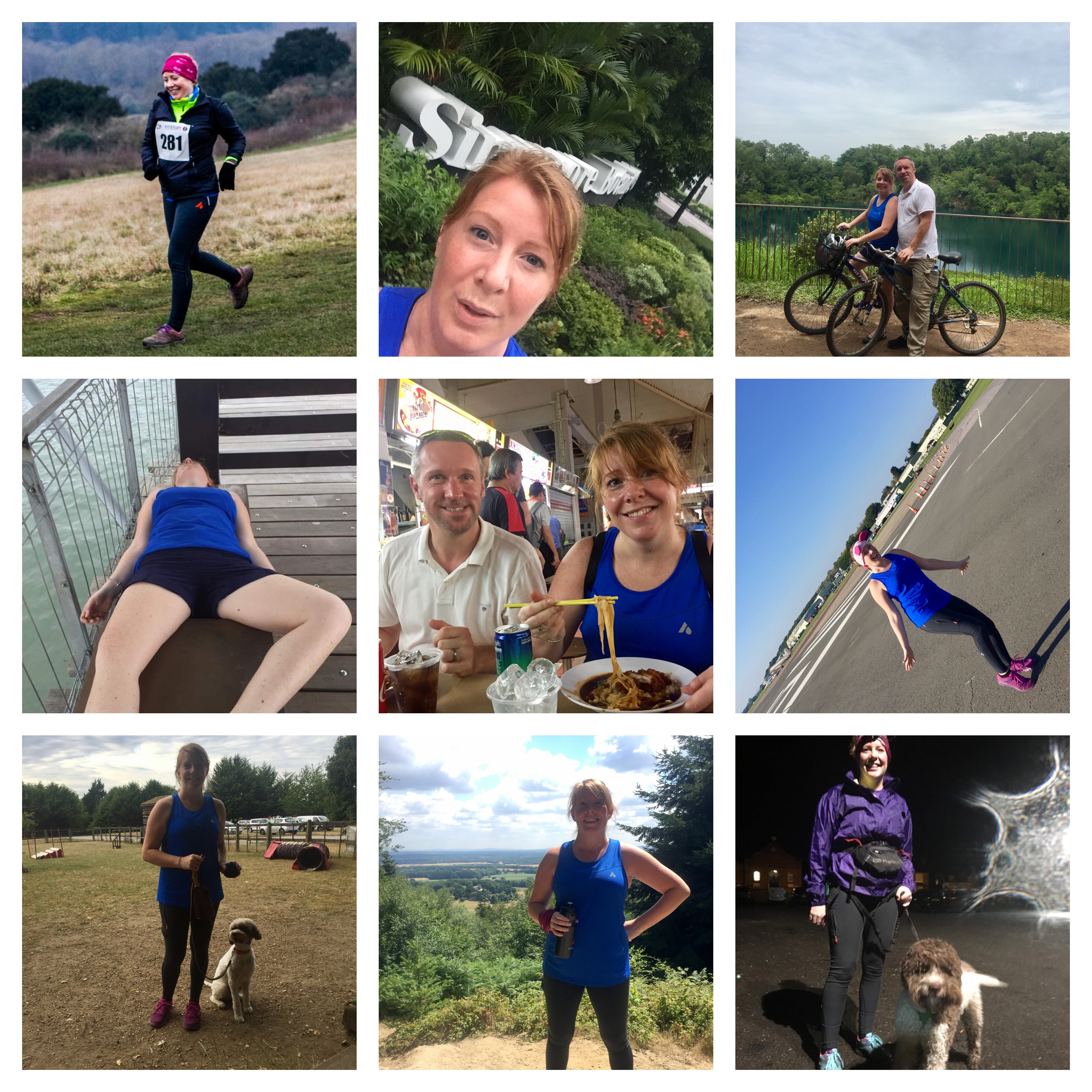 The combined cost of £116 is a lot for two items when I’m not a serious runner but here is why I’ve been converted and would spend it now.

The top. It is a length that hides camel toe, not too long but not too short. It is also cut around the back so that the inevitable back fat (that occurs when I squeeze into my sports bra) is hidden. It still doesn’t smell even though we had the hottest summer, the dogs have not caused any damage with their claws and it’s kept its shape and colour. It is a really flattering top (we all want to look good, even running), I love the colour and I don’t get too hot in it. I get hot in everything! 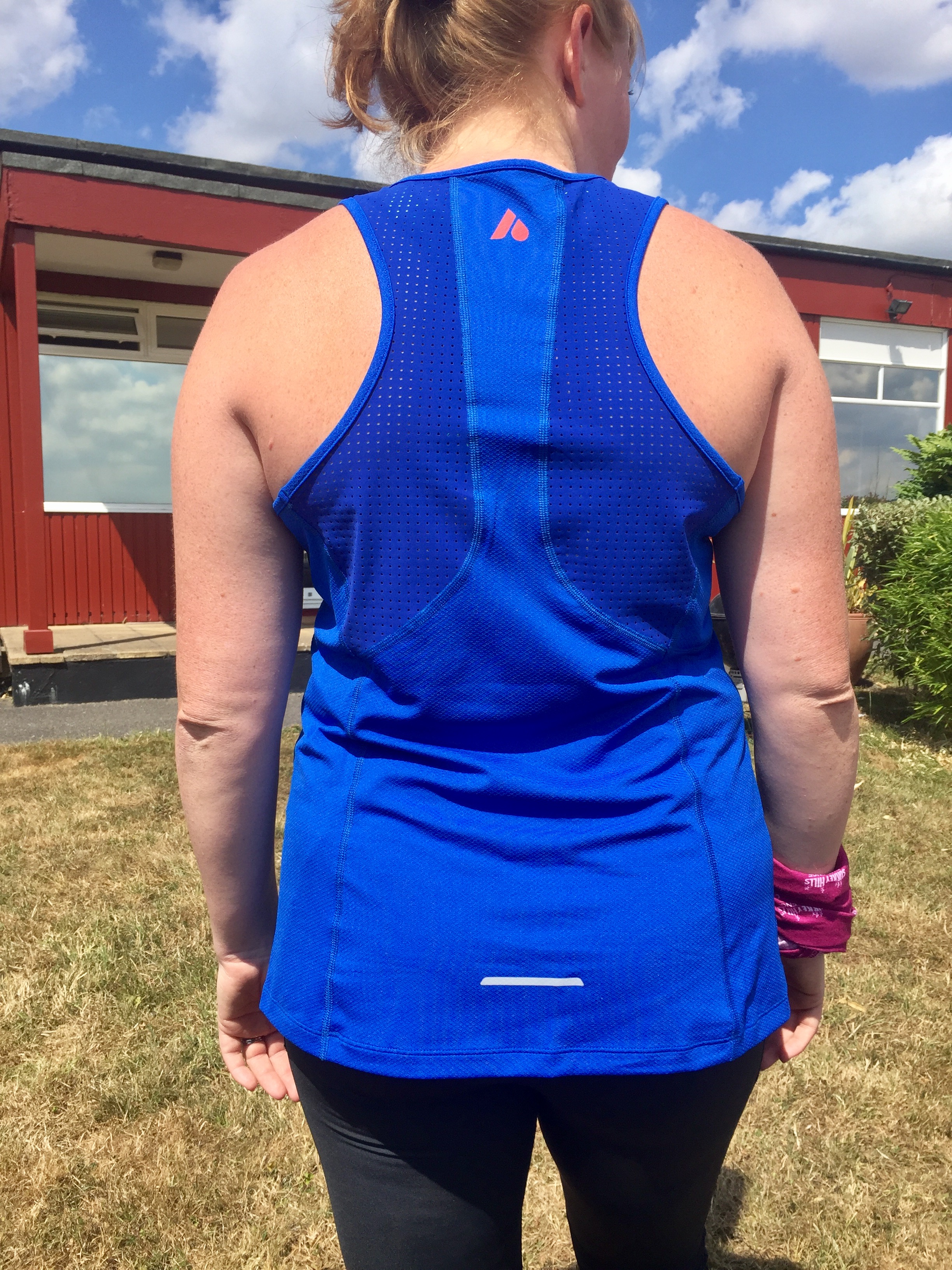 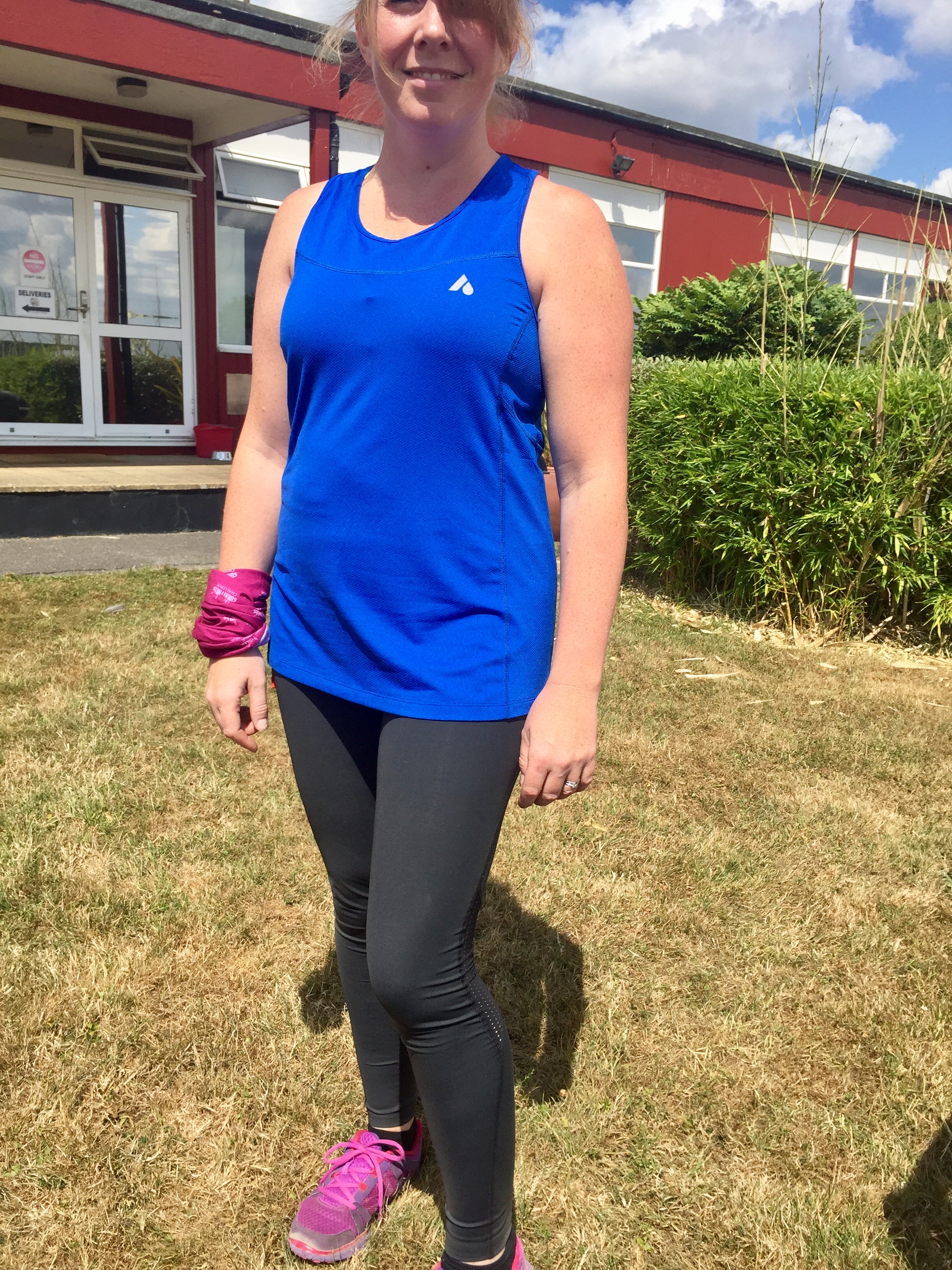 The tights. When I first got them, I worried when I pulled them up that I was going to stick my fingers through the holes behind the knees or that the dogs would catch them and rip them. Not so, they are surprisingly hardy and still intact. They have kept me warm in the snow and cool in the heat of our crazy summer and the humidity of Singapore. I also don’t get camel toe. And a massive plus is that they aren’t see-through!!!! They pass the bend over, stretch test with flying colours. There is nothing worse than unintentional see-through sportswear. 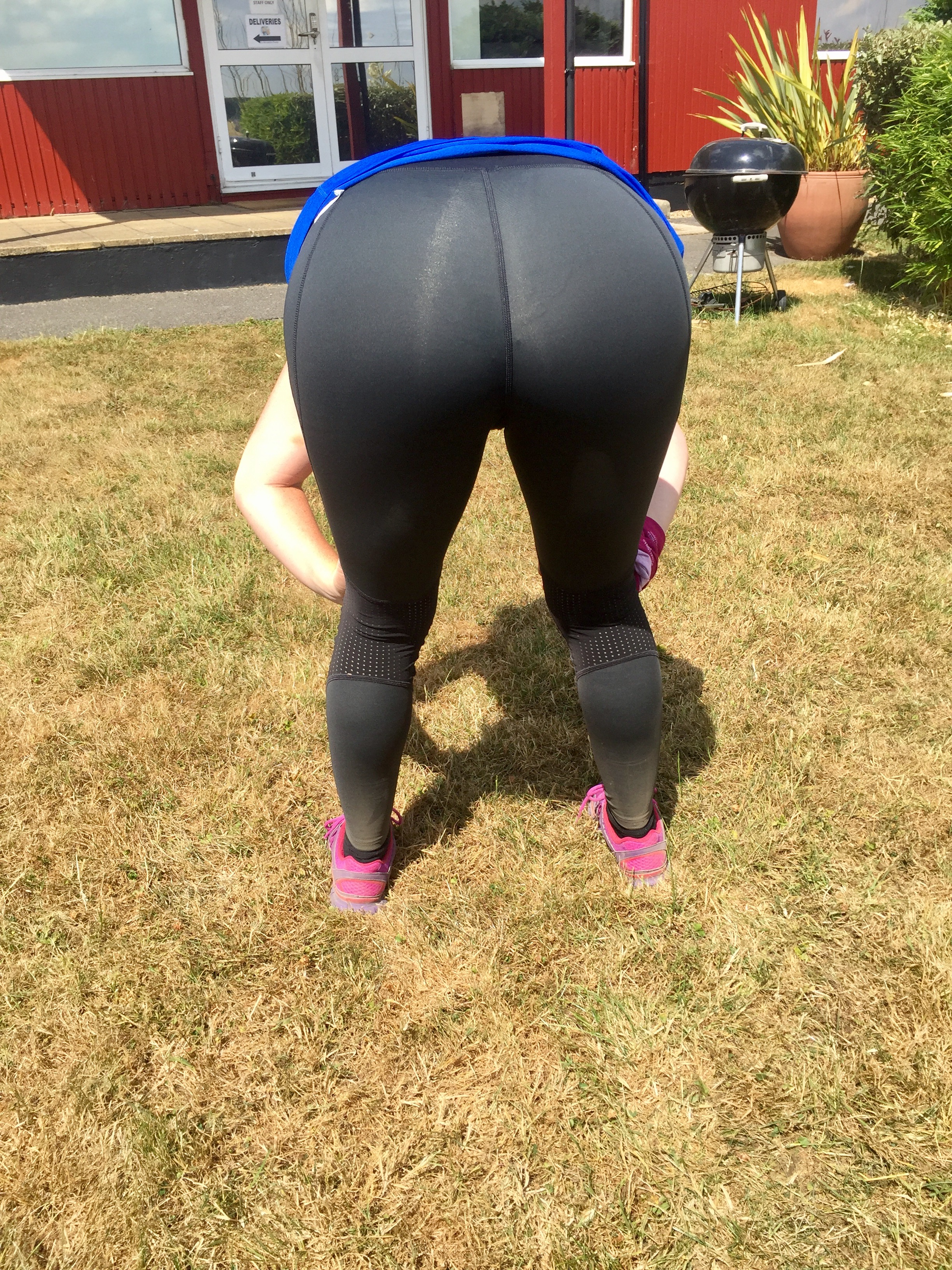 The tights are great for running but, the biggest bonus for me, is when I train and compete with my dogs at agility. They have a genius little pocket on the right leg! I can put treats, running orders and pooh bags in them without the need to carry anything else with me and the zip means they are secure and won’t fall out. 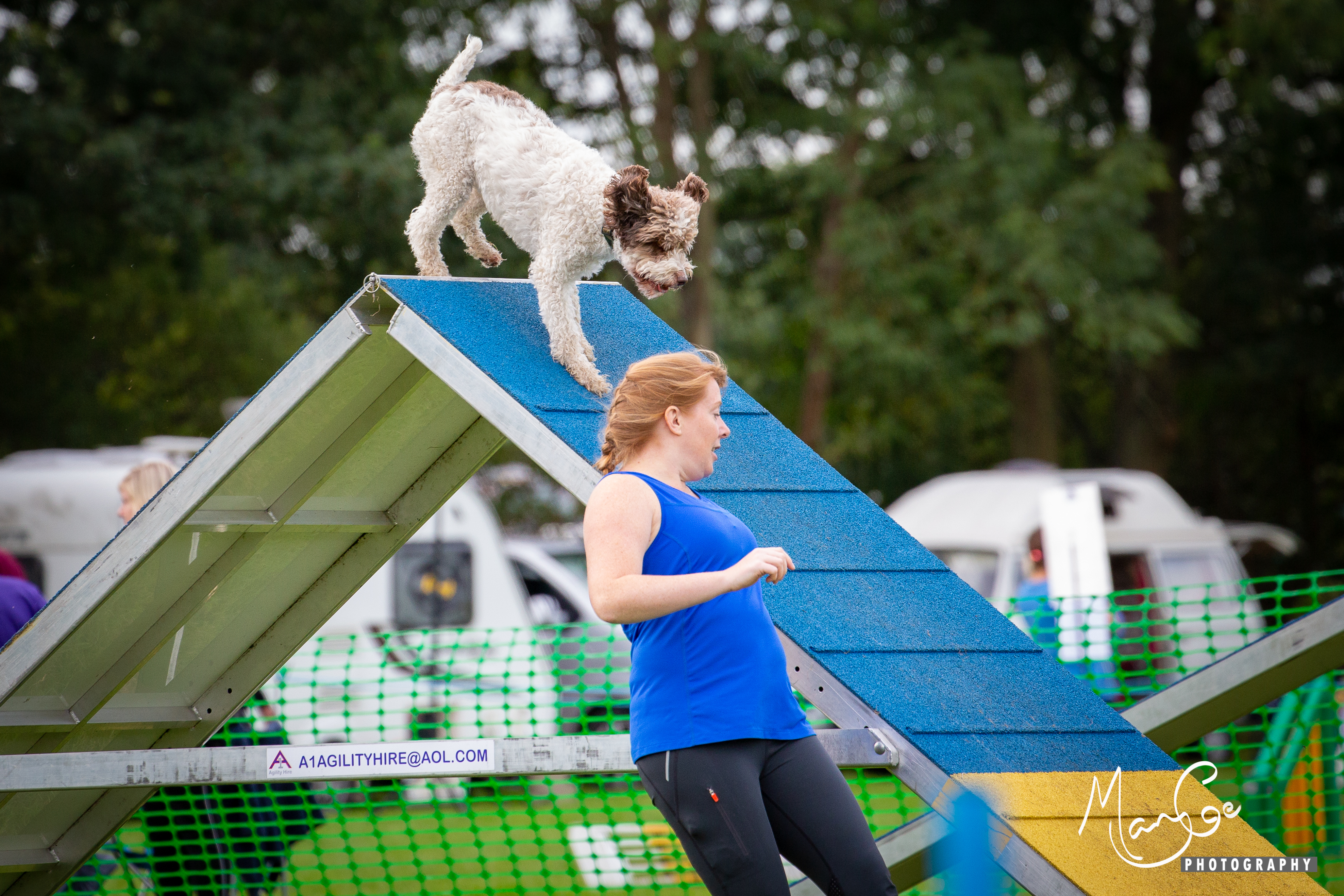 The pocket is also great for running because it’s really handy for my phone – the type of fabric they’re made from also means my phone doesn’t get wet from sweat. Both the top and tights dry quickly, big advantage for someone like me who drips, not glows.

There is only one downside to the running tights, they do fall down on me and I find myself hoicking them up. The bonuses outweigh this though and it’s not enough for me to discard and not wear them, to be fair I have this problem with most tights and tend to opt for ones with a tie in them. The good news is that Aussie Grit have been working on this and they’ve confirmed their latest range don’t fall down – I’m looking forward to trying them out.

If I was scoring the kit I’d give it 9 out of 10. I’ve now got my eye on the shorts my sister loves and the gorgeous jade women’s Focus jacket. Move over Jimmy Choo, you’ve got Aussie Grit competition!