Meg - The Power of Positive Thinking 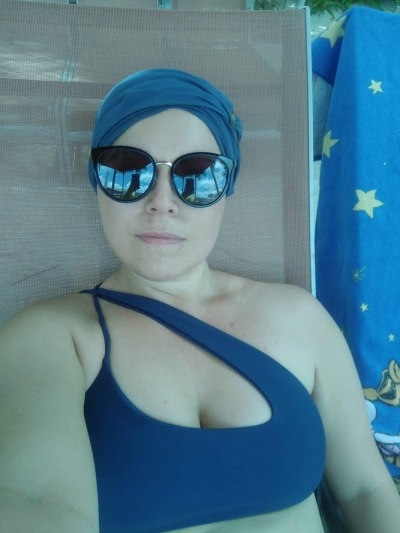 When I thought of cancer and chemo before my diagnosis, I think I had a Hollywood image in my mind. Emaciated, sick, bald (ok, I have the bald), bedbound, all these images signified to me giving up and it terrified me.

The reality is that, for me at least, with the amazing advances in anti-nausea drugs and the steroids you are more likely to gain weight, I certainly have!

Weight is a concern during chemo and I was losing it to start with but now I have got into a routine (and the fact I seem to eat two dinners and two lunches to help the hunger and weird mouth sensations) I seem to be gaining at least 1 kg every three weeks.

After my successful running in cycle two, I didn’t get round to exercising in cycle three and I did notice a dramatic difference in how I felt physically.

The cycles consist of three weeks. Week one being chemo and the aftermath, week two is low immunity and means I can’t/shouldn’t go out and can only eat home cooked food and week three is back to normal week where I can resume life. This then repeats for every chemo session, I’m down to have six.

Cycle three has been my worst cycle to date. My legs ached, my feet were numb and I just couldn’t make myself get up and move. I was so frustrated with myself because, I knew if I just moved I would feel better but no one tells you of the self-destruct and emotional side to chemo. I’m ashamed to say I’ve played the C card, I’ve used it as an excuse as to why I couldn’t and shouldn’t push myself harder.

I have been noting my symptoms to see if there is anything I can do to improve and help my body. Fatigue is something I get for a few days during the first week of the cycle, a bone-deep fatigue that doesn’t get better with rest. In fact, when I have controlled the mind and ignored the body, doing exercise has improved it. You feel better and have so much more energy!

Support is also so important. Being in Singapore I am away from my family and friends and I have come to realise that emotional support is instrumental in my mental fight.  When you are alone in the house, the doubts and fears creep in and are much easier to listen to and being positive is hard.

That’s why I feel so lucky to have had my sister over for two weeks. At first I was worried because she had planned our days and I was concerned that by not running or exercising, I would have a repeat of cycle three but I shouldn’t have worried, we were not inactive. 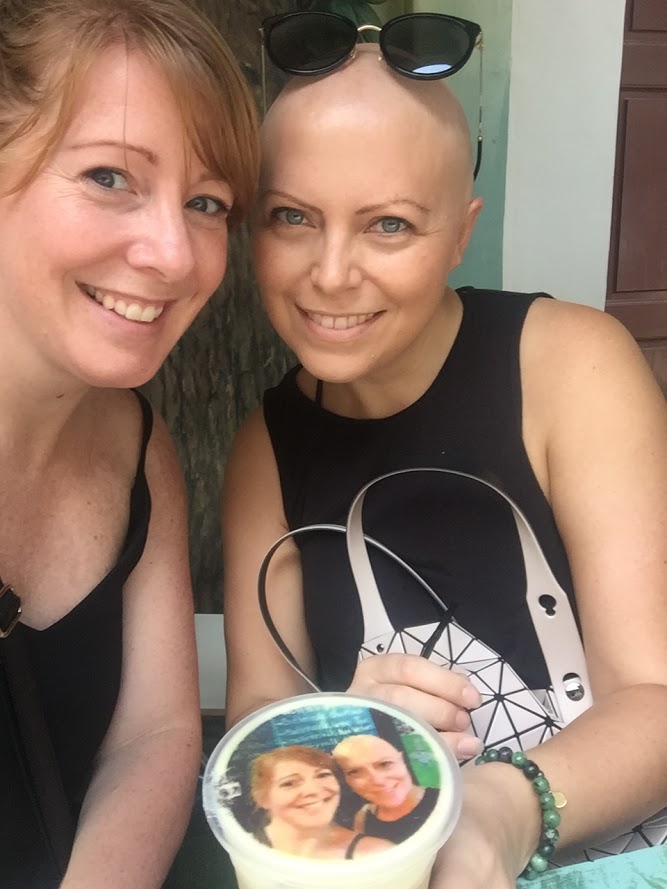 We don’t have the Surrey Hills here but we did go hunting for crocodiles at Sungei Buloh Wetland Reserve and managed a 3.5/4km walk, we then went trekking for Pangolins on a 15k bike ride around the small island of Puala Ubin and also took a 5km beach walk along the East Coast. We even spent the evening at Universal Studios Halloween Horror Nights running away from zombies (good for cardio and even more amusing when I got mistaken as an actor in a horror maze!). 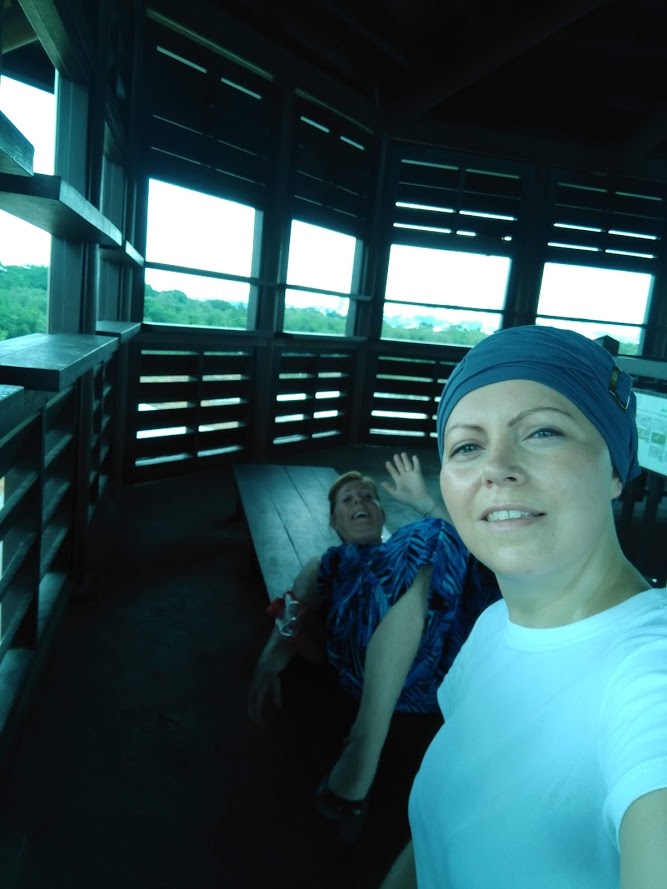 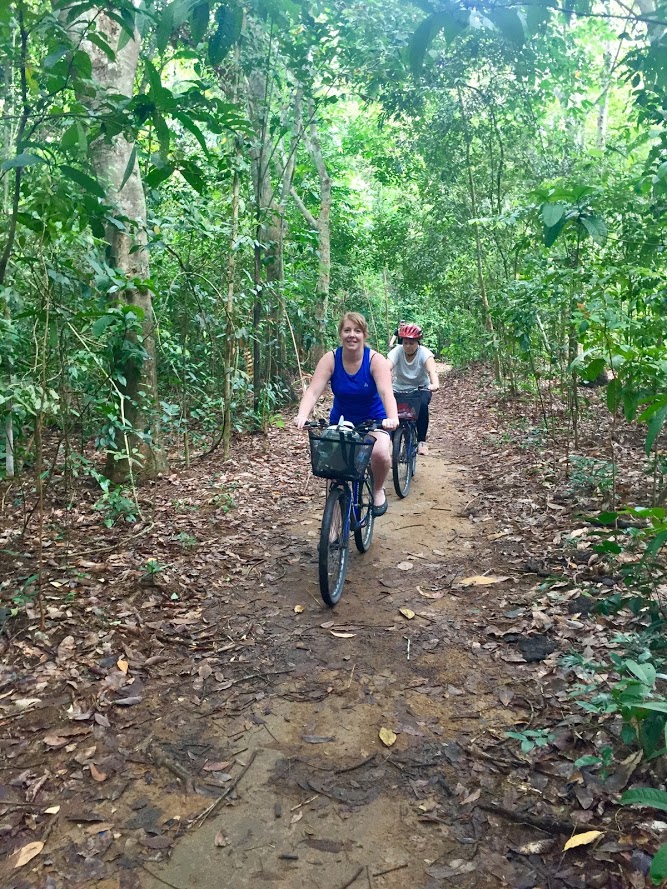 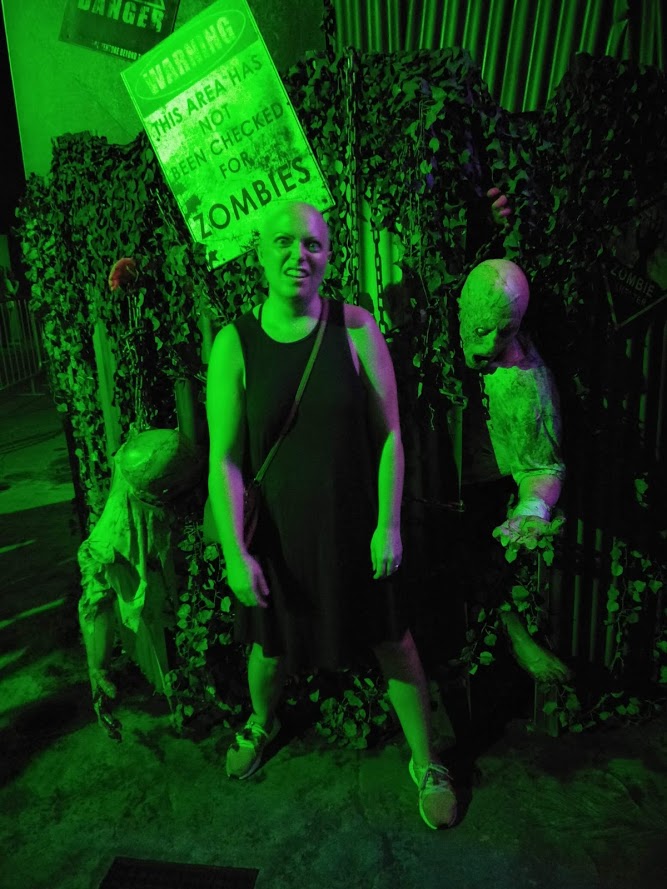 As a result, cycle four has been my best cycle so far. A little fatigue over two days and I can’t avoid the hot sweats I get in week two. I liken this to the body’s natural response to coming off drugs (which technically I am) but with so much exercise during the cycle, I had none of the numbing and bone ache from the previous cycle.

If you’ve read my blogs you will know I’m not a natural runner but I love nature and walking. There are days I haven’t felt like running but I have used my running route to continue walking and keep active.

I know it’s a cliché but something like cancer does make you reflect on your life and I’m really happy to be part of the Surrey Hills Challenge. I don’t think I’d have started running properly without the push the event gave me and the inspiring memories of all the crazy impressive athletes and families I met in 2016 and 2017, spurring me on to push harder.