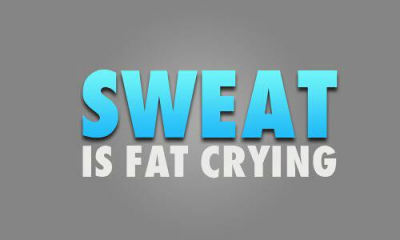 With the unpredictable running schedule in week six I am trying to get back into the rhythm this week. For the three runs in week seven, you will begin with a brisk five-minute walk, then 25 minutes of running.

I have had shoulder pain for the last 48 hours but I think this is down to my arm position. I keep forgetting to order an arm strap for my phone so, during most runs, its been attractively shoved in my sports bra! Unfortunately, I was wearing the least supportive bra I own on to run session two so I wasn’t swinging my arm as freely and therefore must have tensed too much. 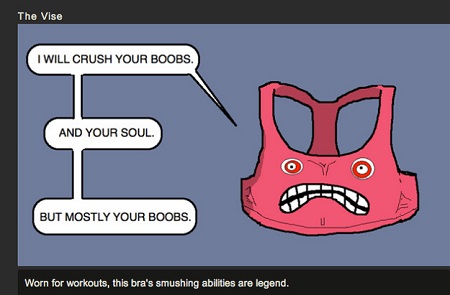 As well as aching arms, it also resulted in a regular 'boob' malfunction. I not only keep breaking the camera through the accumulation of sweat, but I keep stopping Strava after .3 of a mile (I'm impressed that my chest has this ability, I may see what else it can do in case I have a money making talent!).

This has been the toughest run so far and I feel like I failed this one. There was nothing I could have done, with 2 1/2 mins to go, I had to stop at a road crossing for 30 seconds. Now, this doesn’t sound much but I REALLY wanted to stop before this, I literally felt like I could not go on so I am left questioning if I would have managed the whole 25 mins if not for the forced stop. I made myself run for an extra minute but I was close to heaving by the end. The sick feeling passed very quickly but as an emetophobic, that is not something I want to repeat.

I felt hot and tired during the warm-up and my legs never felt loose (my technical term), so I was very conscious of every step I took. The pattern was the same as last run, I felt really good around the 14 min mark but then six minutes later, I felt the most tired which is ridiculous as I then only have another five minutes to finish BUT this five could be 25 with how I felt today. I'm still very happy with my breathing though, I'm not gasping for breath so maybe I should look at snacking a few hours before on high energy snacks to help the old body.

I do have to keep reminding myself that I am running in heat and humidity and this is probably the first time the weather has not been kind (I went out after rain so the air is at its thickest).

Strava obviously objects to being in my bra so I lost connectivity but I have been using my husbands watch as a backup and this recorded the basics.

Psychologically I was not in a good place. My mind is my biggest enemy and because I had to stop on run one for 30 seconds to cross the road, I've been questioning for the past two days whether I could have made the full 25 minutes without stopping - I did last week so not quite sure why I have to question myself so thoroughly. To cut a long story short I was feeling much better in the run today, more energy etc. but I did feel like I was overheating (like a pulse in the tip of my nose was back). My head felt super hot but I took mini sips of water and this seemed to be OK.

I kept a check on my heart rate and it never went over 173 (which is within the norm for me). I got to the dreaded road crossing and because I expected to have to stop, I stopped. Now the light was red but there were no cars so I should have just run. Unfortunately, when I stopped for 10 seconds I started to feel very heady and dizzy, a bit wobbly on the legs. I rested for approx a minute and carried on the run but only made it to the 25 mins before stopping again meaning I ran for just under 24 minutes.

My husband keeps telling me it was HOT outside - 28 degrees (but FEELS like 33 degrees,) 74% humidity etc. and that I am being hard on myself but I am gutted and cannot use any of the excuses, I failed and will have to repeat the run.

This is where technology has been helpful, to further his argument my husband checked his stats and I ran the first km 12 seconds faster than last time. I ran the second KM 15 seconds faster and the third km identical to the last run. Not consciously, in fact, I couldn’t tell the difference on my route except I met my husband on a different part of the park (I just assumed he was slower today).

I am now debating whether I should try the treadmill for run three, even though I hate them. It will keep my speed constant and take away the road block I have but it could open a can of worms with the boredom factor and getting through the full 25 minutes.

Phew! It’s was just a blip

My theory is that I'm suffering with the humidity so I tested this by running in an air conditioned gym on the treadmill. It was still warm but not outside hot. As expected my mental fight was the biggest challenge as I wrote my self off in the first five minutes and thought about stopping. I then got into the rhythm only to look down and see the treadmill tell me I was only 30% done on my run. This is me, so I panicked (even though rationally, I knew that the treadmill didn’t know what my plan was as I did a quick start). I battled my demons and tried to take my mind off the running countdown by watching my stride in the mirror. I am still dragging my legs and not lifting them enough but I otherwise seemed to be upright.

Tiring but not breathless at the end. As it was on the treadmill I could assess my speed a little. I started on speed 8 but when I saw my pace per k was much higher than previous runs I put it down to 7.5 but found this too slow. The last five minutes I put the speed back to 8 so this has given me confidence for the next run!

I also tried to attack with a musical element of surprise and used my husbands 10k playlist. ****disclaimer**foul lyric content**** it worked!

Back outside and I made it

Despite struggling all week with finishing the last five minutes of my runs, I found it much easier to get to the end today. The first ten minutes is still the worst and the good feeling in the middle is still there but I am much slower outside than on the treadmill.

This week I felt like I was almost going backwards with the running. In week six I was frustraited that I couldn’t get out and run due to illness, but I found week 7 tough and demotivating. I did put that down to my virus recovery but its now become a lack of enthusiasm and I'm pretty sure if I wasn’t doing this for the blog, I would have been making my excuses and bowing out.

Luckily I'm stubborn so I had a think about why I was doing this and how unhappy I am with my figure and why I agreed to run in the first place. Running is toning my legs but with the lack of a healthy diet, it's doing nothing for the stomach and bat wings (it is very difficult to preplan healthy meals here because I can’t necessarily get the same ingredients as I can at home and some are just extortionate like broccoli, cauliflower and celery). I had no cardio in my routine and I have been really happy with the fact that the last seven weeks have seen both my resting and active heart rate go down despite the exercise increasing.

On top of this, I have been noticing how tight my legs, especially my calves, have been feeling so I have tried to incorporate yoga into my stretches. I was never massively flexible but I am shocked by how tight my muscles have become. I must try harder at warm ups and cool downs, at the moment I have visions of me eventually folding up into a ball like a hedgehog as my muscles shrink with each run.

My running playlist this week:

Cool down of run 2 repeat